SuperPro 7500 is a high speed stand-alone gang programmer that can be used to program up to 4 chips at a time. Optional socket adapters are also available to accommodate PLCC, TSOP, SOIC, SOP, QFP, TSSOP and BGA package types. Many EEPROM/flash/MCU/eMMC chips are also supported in 2-Gang or 4-Gang mode to increase throughput by nearly four times! Each socket module is independent of each other and programming starts automatically when a chip is detected. 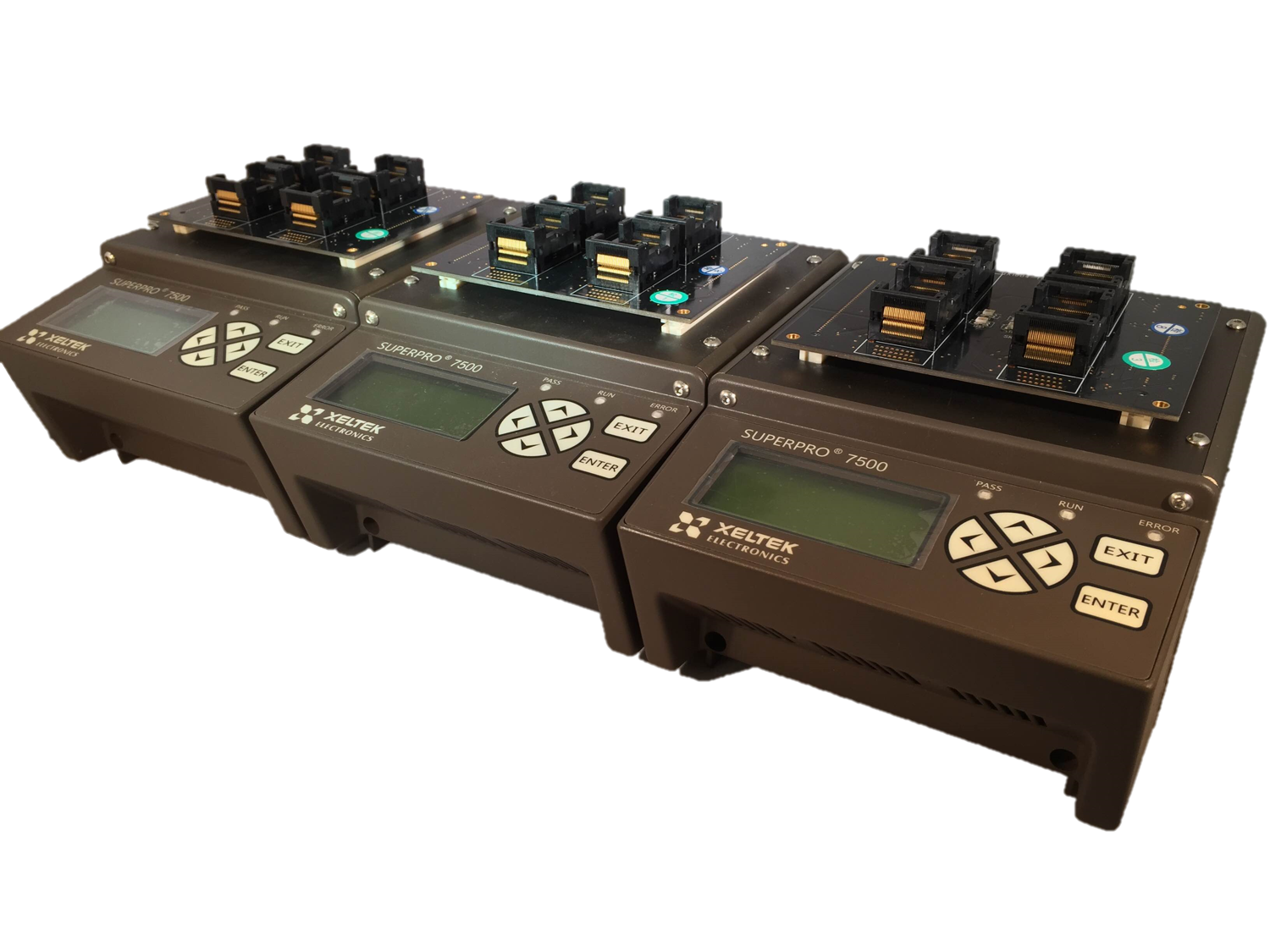 SuperPro adapters are made with high quality sockets from Yamaichi, Plastronics, 3M, Sensata and Aries Electronics. These brands are not only reliable but their sockets are specifically designed to have high programming cycle count; suitable for production applications.

Below are some popular 4-Gang socket adapters used with SuperPro 7500.


Need to program more than four chips concurrently? No problem!

Four SuperPro 7500 programmers each having a 4-Gang socket can be operated in standalone mode to form a SP7500 Cluster setup capable of programming 16 devices concurrently.

What if my chip is not supported?