SuperPro611S and SuperPro6100 could be used in a multiprogramming mode for smooth transition from engineering to production. 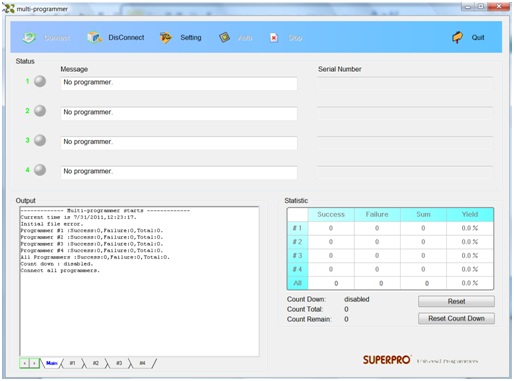 “ muti_p.exe" can manage up to four programmer modules. The main screen is a management interface which controls the hardware of the programmer by sending commands to the programmer software. After the main interface, the process of communicating with the software starts automatically.

If the system does not communicate with the programmer, select Disconnect to cancel the connection. Then check the connection between the hardware and computer. Select Connect to reconnect.

NOTE: The USB hub used to connect SuperPro programmers should be specified by XELTEK.