In addition to having a large device library (100,300+ device supported), SuperPro 6100 programmer is also designed for IC testing of various devices such as TTL, CMOS Logic (74/4000 series), and SRAM memory devices.


Xeltek programmers are capable of testing SRAM chips through standard SuperPro software. The software has a built-in IC functional test in which certain data is written in particular location and the output is checked. User can also edit input data given to the chip and expect specific outputs. Like other EPROM chips, user can select the manufacturer and model to operate “TEST" in the software menu: 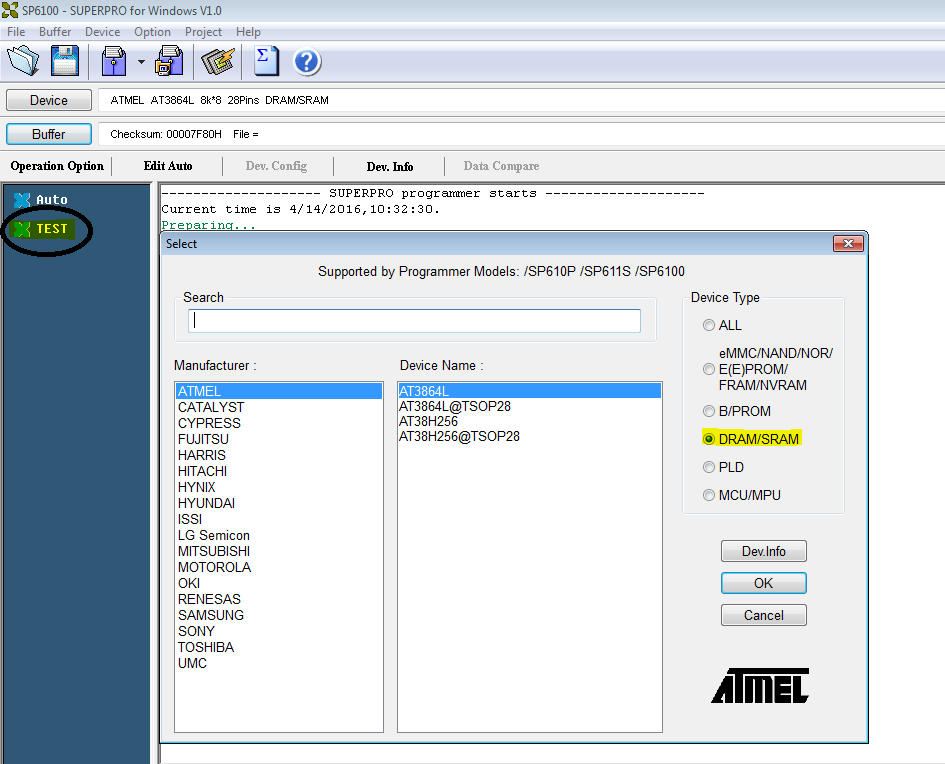