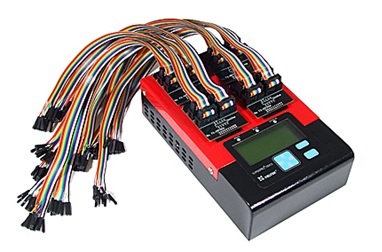 SuperPro IS03 programmers support almost all serial devices including MCUs, serial FLASH/EEPROMs, and most parallel memory devices such as eMMC and NAND/NOR FLASH. It is a 96-pin driver programmer with 16 channels (6 I/O x 16 channels= 96 pin drivers) as shown in Figure 1. 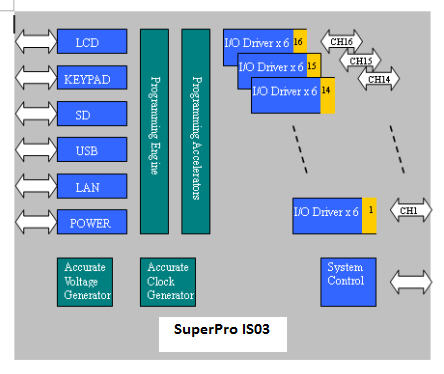 SuperPro IS03 supports most ISP devices to program 16 channels simultaneously. Four parallel high pin count chips, such as Nand/eMMC, can be programmed at the same time. The layout for various channels is shown in Figure 2. 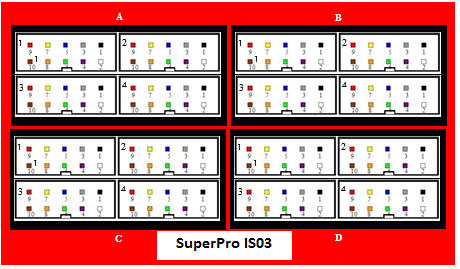 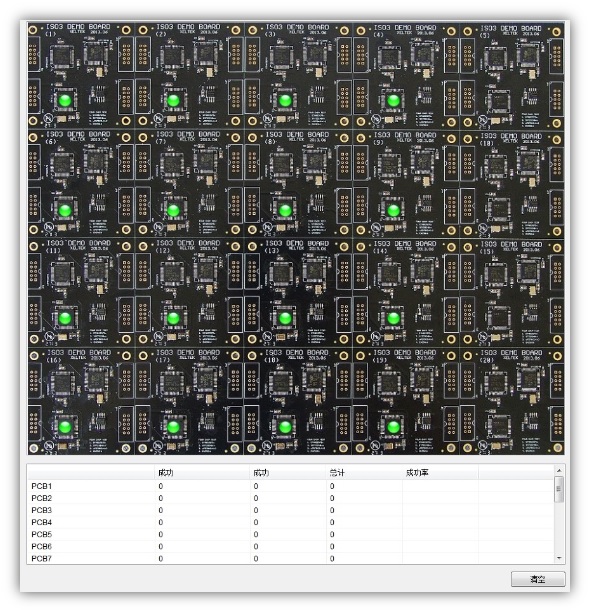 Q. Can SuperPro IS03 be used to program PCB panels with different chips?

A. Yes, SuperPro IS03 can very well handle PCB panel with different or the same chips.

B type devices: Parallel devices such as NAND/NOR FLASH and eMMC

If there are two different types of devices on the same PCB, each devices could be programmed by using the Group Project feature. 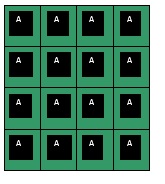 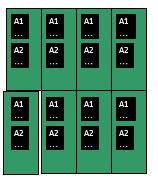 Case 3: B type (parallel Nand /Nor/eMMC chips). Panel of 4 PCBs Each PCB has a parallel chip.

Case 4: One PCB with multiple different serial chips (A type) and some parallel chips (B type) devices. 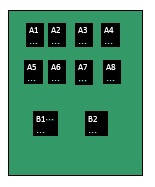 Multiple panels could be programmed concurrently by using multiple SuperPro IS03s in Stand-alone mode or via eight SuperPro IS03s connected to a USB hub. 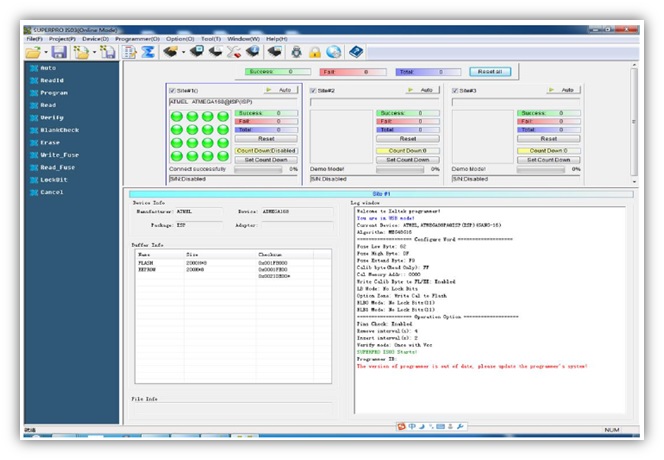