Most MCU, CPLD and FPGA manufacturers such as Altera, Lattice, Xilinx, Atmel, ST and TI incorporate boundary scan logic (JTAG port) to their components to program devices in-system. JTAG interface is used by Xeltek SuperPro IS01 programmer to transfer data into non-volatile programmable memory such as CPLDs, flash and MCU chips. Volatile memory chips such as FPGA can also be configured in-system using the JTAG port.

Many JTAG devices can be chained together to form a JTAG chain. Parallel chips that do not have a JTAG interface can also be programmed using SuperPro IS01 and SuperPro IS03 programmers. Communication is done via an intermediate CPU chip to which the parallel flash is interfaced.

SuperPro IS01 programmer comes with color coded ISP (In system programming) cable. This color coded cable can be connected to the JTAG port of target PCBs to program the device in circuit. 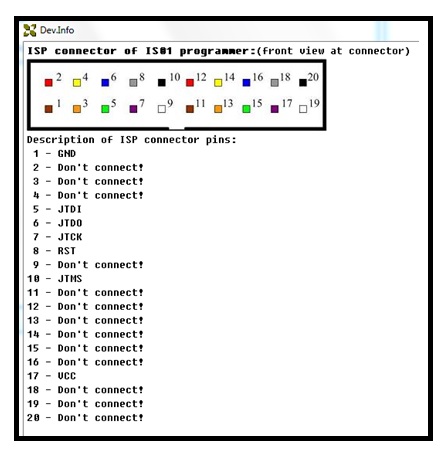 The connector pins of JTAG interface are: