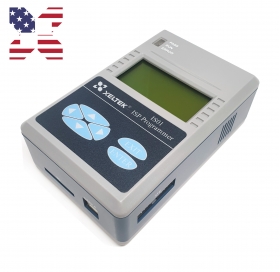 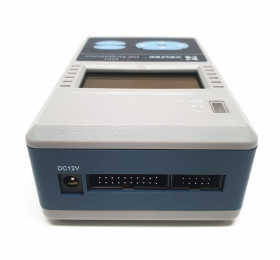 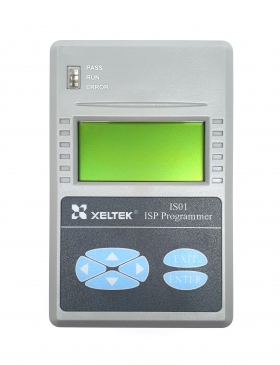 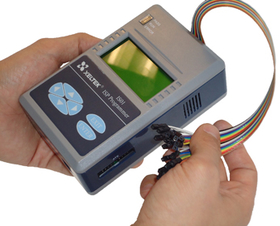 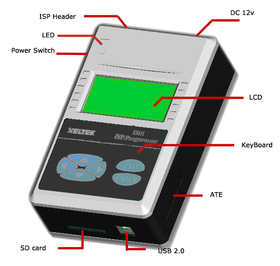 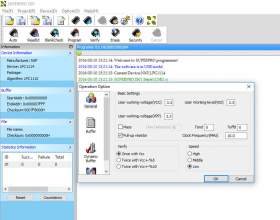 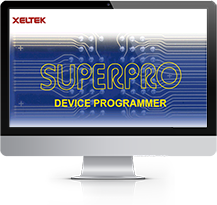 What is the difference between SuperPro IS01 vs other Xeltek Programmers?

How many ICs does SuperPro IS01 support?

SuperPro IS01 currently supports more than 10,000 devices, which is the largest device library in the serial programming industry. SuperPro IS01 supports all common ISP protocols such as I2C, SPI, UART, BDM, MW, JTAG, CAN and RS232.

What is Mass Production Mode?

Once the programmer detects that the target board is ready and receives an ISP signal, it immediately starts the functional operation defined by AUTO without keyboard operation.

Does SuperPro IS01 have a Standalone Mode?

Yes, under stand-alone mode SuperPro IS01 can be operated by an inexperienced operator with minimal training.

How does Command Line Control work?

Allow users to control the Superpro IS01 programmer via simple commands using Command Line. This utility is suitable for interfacing Superpro IS01 to any application which executes under Windows. To learn more please visit the following link: Click Here

Can I use more than one SuperPro IS01 for programming?

Does SuperPro IS01 have warranty?

Which ISP protocol does SuperPro IS01 support?

Quick response to questions!
Matthew - GE Appliances 10/17/2018, 08:08
Excellent.
István Juhász - Videoton 09/27/2017, 08:22
I like to take this opportunity to say Million Thanks to Xeltek technical support team members. Especially we able to get Excellent technical support when first time use the"Xeltek IS01 Programmer ATE Port" functions.

Xeltek technical support team able to provide us very good guidance with show us step by step through the email until technical issue was solve. They have "never give up spirit" which is I can say. Really appreciate for all these.


Teh Teik Leong 02/10/2017, 09:04
We had a few starting problems with our IS01 programmers but the support was fast and professional.
Anonymous 10/24/2016, 08:08
I want to thank Chirag for his long term support with out programming system. The evaluation of the system is finished now and it works pretty fine. Without his support the system wouldn't be running today.
Florian Maier 10/21/2016, 11:23
Great support provided for ISP device programming.
Anonymous 10/11/2016, 15:29
I should say thanks to You of your excellent support. I never received the support like this in my experience any of our suppliers.
Rosario - Hexaa Bytes Systems 08/24/2016, 10:21
it was very good and helpfull for our issue .
he resolved the problem and was very polite
than you Chirag for your support

Zeev Ludvik 04/20/2016, 00:10
Cynthia was very helpful, I am very satisfied with the overall services and their responsiveness.
Mike Kleven 03/09/2016, 21:29
We are very happy that Xeltek was able to provide such excellent support.
The svf file was processed with success, we have to do some verfications (check functionality etc.) then we can proceed with the project!
Bernhard Breinbauer- Wallner Automation 12/17/2015, 21:41
Prev
1 2
Next

Standard Warranty: Included with the purchase of SuperPro IS01.

Programmer is warranted to be free of manufacturing or workmanship defects for two years from the date of purchase.